We designed and validated a state-of-the-art Cleanroom Development for them, which is acknowledged to have kept them at the forefront of Healthcare moulding manufacture, meeting all ISO requirements. Technologies utilised consist of:

Air Conditioning & Ventilation – Climate Control of the Cleanroom
The existing external roof mounted Air Handling Unit (AHU) was of sufficient capacity and in an optimum location to service the cleanroom space. The existing AHU was refurbished and new systems added to upgrade the performance of the unit suitable for an ISO 8 Cleanroom. A new ductwork distribution system was provided to deliver the conditioned air to the Cleanroom via ceiling mounted air diffusers. 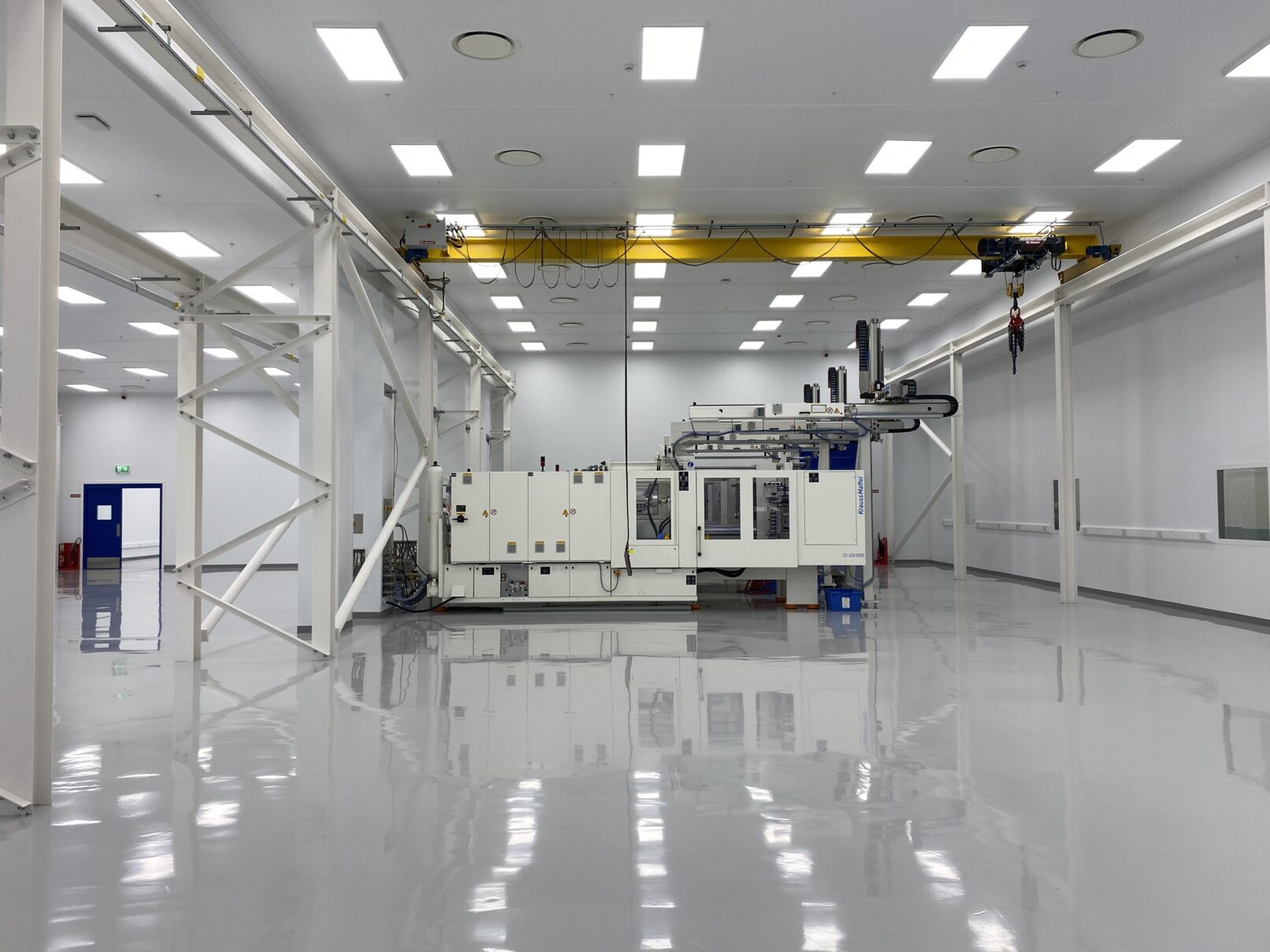 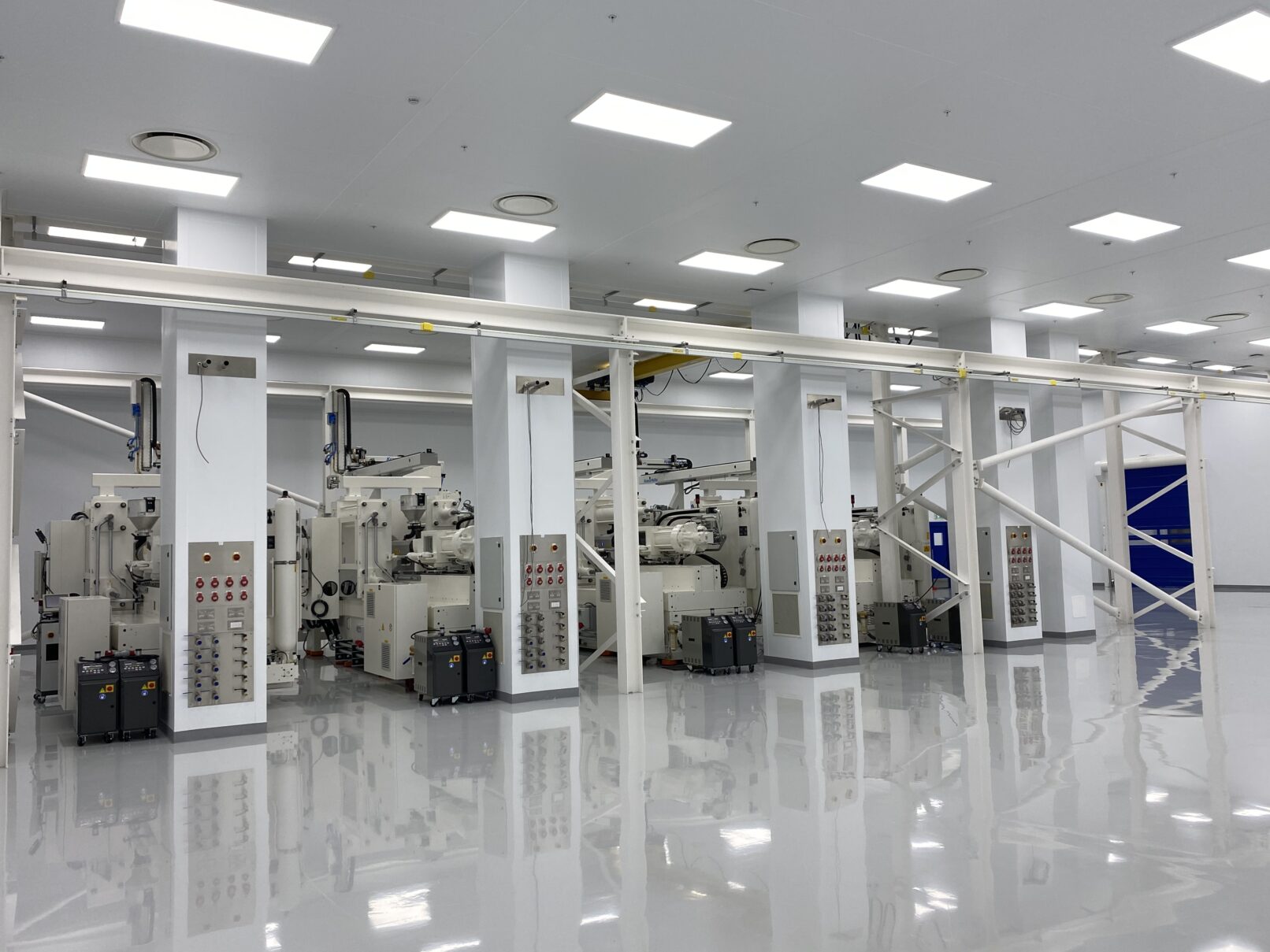 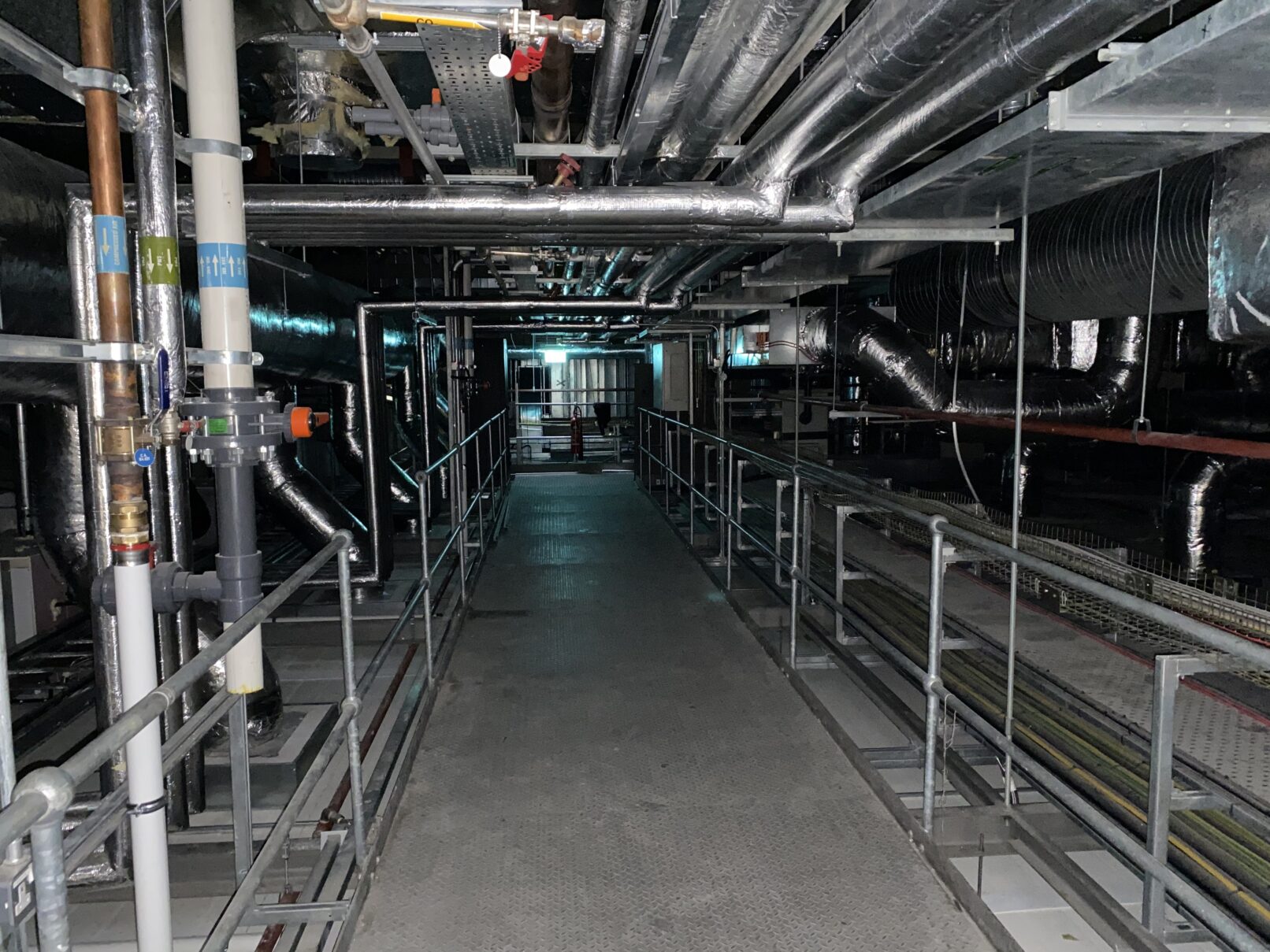 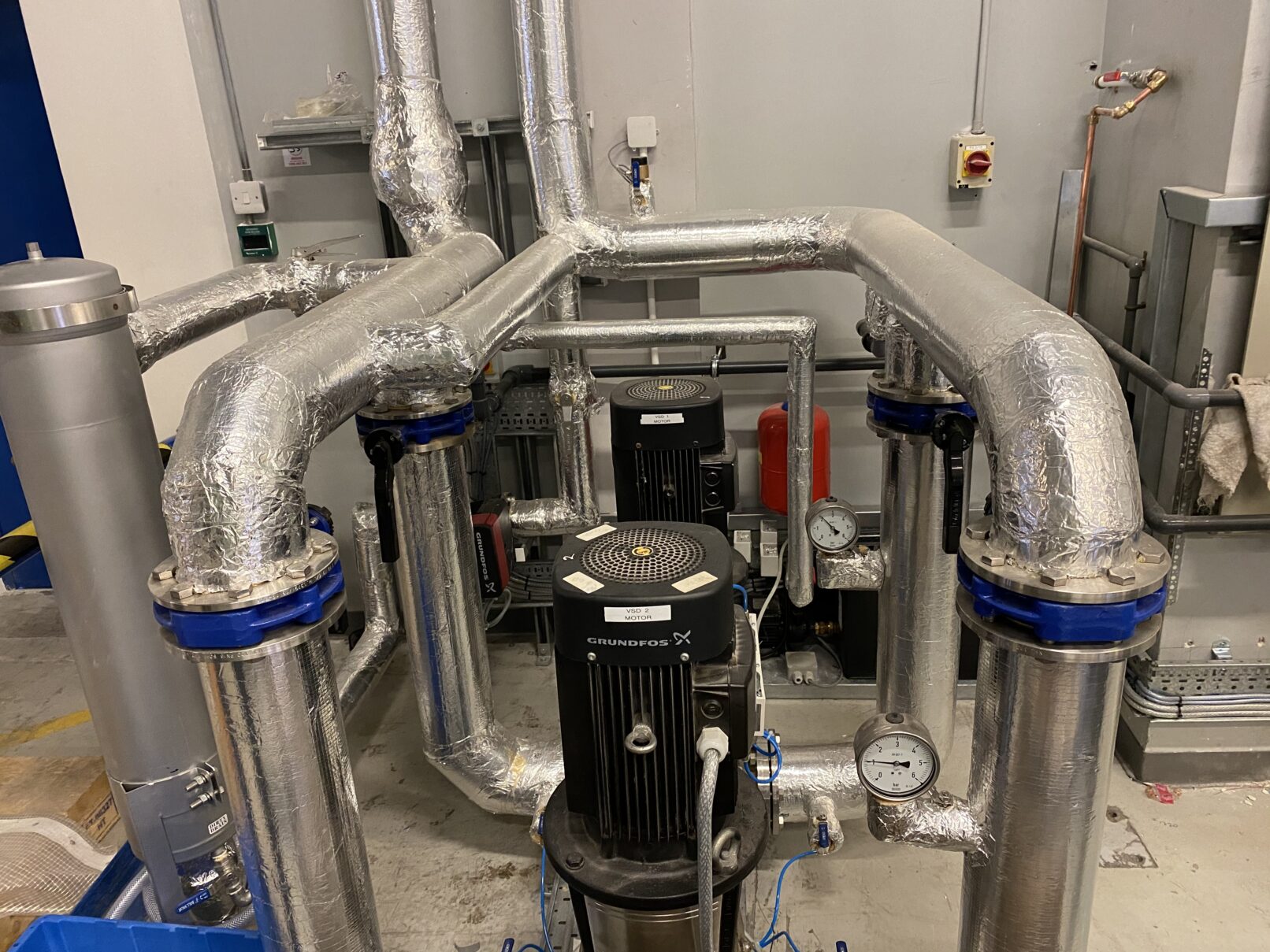